Shows in the dark

The Neutrinos first show in complete darkness took place at the SCVA (18.11.10). Musicians and audience were surprised by the impact of the loss of one sense. The audience remarked at not feeling the responsibility of being an audience, they were unobservable. “it was relaxing, exciting, extraordinary”.

The second outing in darkness was part of Vocal Invention 3 March 2011, onstage at the NAC. Less successful than the previous show, as light spilled from fire exit signs even thou they had been partially covered. For this to work, no light at all can be present. For safety we need ushers with torches to hand and short interludes of light to see if the audience are well. Taking light out of a working building is a massive challenge.

Out of this failure, The Neutrinos decided to play with controlled lighting, hand cranked platforms with slide projectors. Hand made slides using paper, acetate, film.Here are some of Sal Pittman’s slides below.

Shows now include shorter sections of complete black-out, with said ushers on hand, the music played in darkness is often loud and complex for maximum aural impact.

This works well alongside projected slides and controlled lighting which shape-shift the room and create visual illusions. 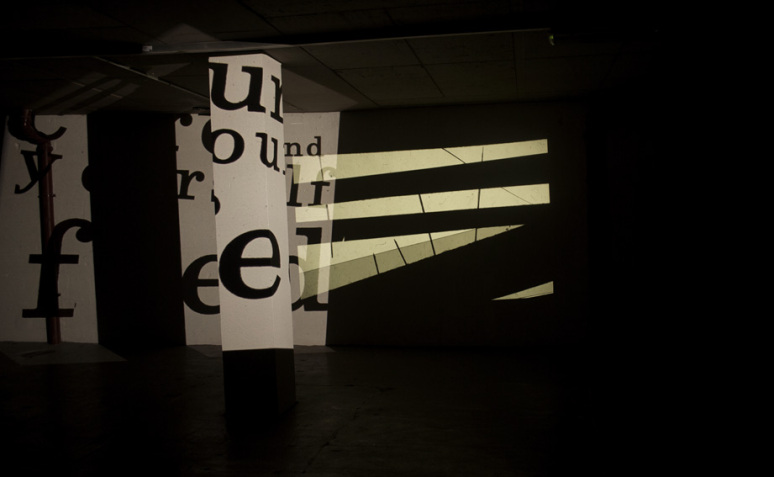 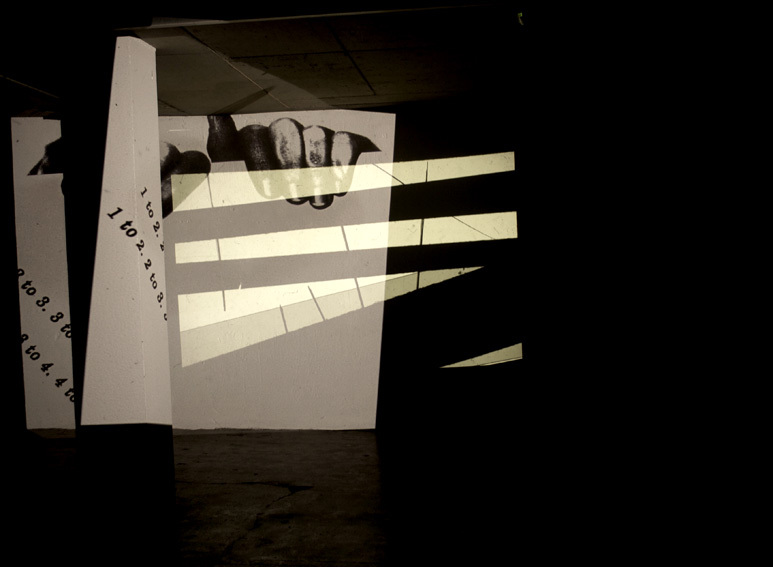