The KlangHaus Team are off to Eve studios in Stockport to record and film….supported by the PRS for Music Foundation and Arts Council England, The Neutrinos and Sal Pittman are looking to capture the songs from KlangHaus 800 Breaths to vinyl and shoot a short film. Eve Studios is a favourite working place for producer David Pye… and from what we hear it is an ultimate KlangHaus… a domestic property full to the brim with vintage music gear.

Thanks to who all who came and saw 800 Breaths at the Southbank Centre, always special to see some familiar faces. We had an exhilarating run with loads of sold out shows, great reviews and delightful audience feedback. We have been invited back to be part of the Queen Elizabeth Hall re-opening and we have new Klangs, in new locations in the pipeline……

Our next step is to create recordings to rival the live show and thanks to support from the PRS for Music Foundation we have started field recordings with producer David Pye and will be recording in Eve studios late September. Vinyl release slated for Jan 2018. 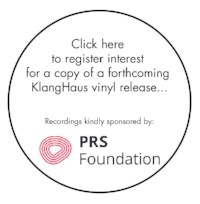